The danger of entitlement, office politics and the ‘grass is greener’ mentality at work

It often comes as a surprise to people that we give advice on staff retention, or counsel disgruntled employees to stay where they are. Recruiters are supposed to benefit from people moving jobs as much as possible, right? However, a good recruiter will always measure success against thriving hires and satisfied clients.

For most of the candidates we meet, their reasons for moving jobs have been varied and mostly justified. However, we have also met some, who we advice would be better off staying where they are. They rarely listen, but hindsight has tended to prove us right on those occasions.

So, whilst the world is full of advice on moving jobs, tackling difficult managers and knowing your worth, we feel we should draw some attention to the opposite problem – self-sabotaging a good situation.

Entitlement – not just the Millennials 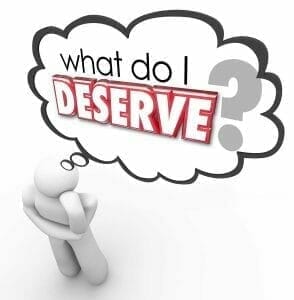 Entitlement has become synonymous with Millennials these days, but there are many hiring managers who would say that the phenomenon has more to do with the times we live in, and is something that touches all generations. Broadly speaking, entitlement at work can be described as unreasonably believing yourself to be deserving of certain perks or recognition, whilst not holding yourself accountable for negative behaviours. It’s an easy trap to fall into, as people begin to focus more on what they deserve than what they’ve earned. There’s a fine line between the two, and what follows is often a negative spiral of a bad attitude, not taking responsibility, conflicts with other people, and complaining without offering alternatives, etc.

A bad attitude will obviously get in the way of promotions and progress, but we have also seen candidates leave good firms due to the perception that they have been cheated of something they felt they deserved, or because of a fall-out with their manager. However, during the conversation, it’s become apparent that they had managers who championed them, and helped them develop and advance. One perceived injustice was enough for them to walk away, despite being in solid firms with good career prospects. The danger in such situations, is that the next move will be a step down, as a sense of entitlement is difficult to hide in a proper interview process. In worst case scenarios, reputations are forged and remembered, and will count against them several moves down the line.

We’ve talked the importance a good manager can have in your career in the past. Managers who do develop and mentor their staff can be hugely important to your career development – appreciate them when you find one!

Several studies have concluded that isolating yourself and keeping away from office politics can be bad for your career. Promotions are often as much to do with the connections and relationships you make, and making yourself visible, and is rarely just about performance. However, whilst closing yourself off is a bad idea, getting too embroiled is potentially just as bad. It is tempting to head straight for the watercooler and get stuck in with gossiping, back stabbing, and spreading negative rumours. However, the danger is that by becoming too engaged in other people’s complaints and problems, your own attitude is affected too.

The key to negotiating office politics is to engage with a positive mindset, contribute towards creating a better atmosphere, and not letting other people’s negativity affect you. There are good office politics, and there are bad office politics. 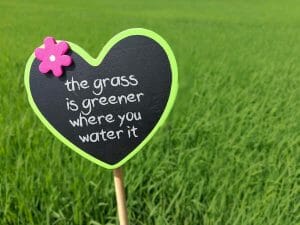 Admitting fault and accepting culpability can be a hard thing to do, but there are occasions where casting a critical eye on your problems might lead to the conclusion that your demanding boss, the lack of progression or the negative environment might have an unexpected cause – you.

Take a hard look at your situation, and answer honestly; is my performance good enough? Is my boss right to demand more of me? Am I failing to listen to advice and constructive criticism? Am I contributing to a negative atmosphere? If your answer is yes, moving jobs might not be right solution. Rather, consider your own attitude, take on board advice and criticism, and work on a sense of humility and appreciation for the good things your job offers.

It is easy to assume that a new job will solve your problems (and, indeed, sometimes it will!). However, it is not uncommon for employees to become disillusioned without really questioning why. It is worth really examining the root causes of your dissatisfaction. The grass is not always greener.