How often should you change jobs?
How to manage your career 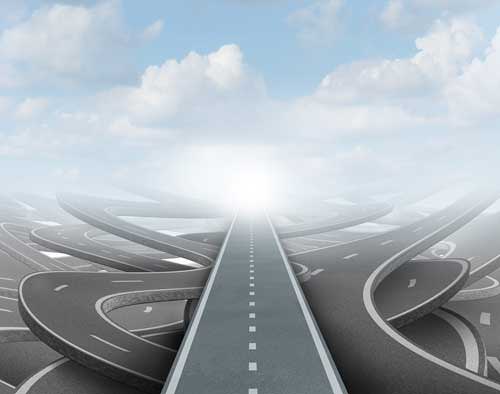 How long is just right?

Linkedin’s research has shown that each generation is job-hopping more often than the one before, with Millennials changing jobs on average four times before they reach 32. This is twice as often as Gen X, whilst previous generations often spent their whole career with only a couple of employers. It would seem, then, that regular transitions is a trend that may be here to stay, and may even become more pronounced. The old-fashioned ‘job for life’ may be a thing of the past in many industries.

However, moving to soon, too often, means you take two steps forward, but one back with each move, rather then any meaningful leaps. It will hold you back in the long run. In order to make the next move significant, you need to stay long enough to make an impact, gain meaningful experience and make a contribution to your present employer. The latter is important, since hiring managers look for achievements on cvs, ideally quantified – you need to stay long enough to accomplish something.

In addition to achievements, hiring managers will look at how long you have stayed in roles for an indication of what they can expect should they hire you. They will be thinking long-term, and want employees who can be part of their growth plans. A cv with numerous short spells won’t be appealing, in order words, and we often see candidates turned down for this reason. A well-managed career needs to have at least one lengthier spell with an employer. Not only will this allow you to take significant steps forwards, but it will also demonstrate to future employers that you have the ability to ‘stick it out’.

In general, we would say 4 years is a good length to stay in a job. However, older professionals may need longer than this in order to make an impact and build significant achievements. They will want their accomplishments to be as visible as possible, and this can take longer.

The notable exception to not moving too often are promotions within the same firm. This will count as one employment on your cv, but demonstrates that your employer recognised your talents and your contribution. Meaningful career moves don’t necessarily have to mean changing employers.

Bearing in mind that you may also have some very short spells on your cv, make sure the overall picture balances out with some longer spells if necessary. In the course of a lifetime, most people will have made a mistake or two, and will possibly have encountered redundancies too, sometime shortly after joining a firm. Future employers will have understanding for this, and a disastrous move followed by a quick exit doesn’t have to destroy your cv. However, it does make it all the more important that your next move is a good one, so as to avoid several short stints in a row.

Is it possible to stay too long?

The short answer to this is yes. We have known clients reject candidates on the basis that they have spent most of their careers with one company, triggering the concern that they might be institutionalised, and will find it difficult to adapt to a new environment. There is also the danger that your career will stagnate as your employer may run out of career progression possibilities. As the song says, breaking up is hard to do, but sometimes it is the only way to achieve growth! 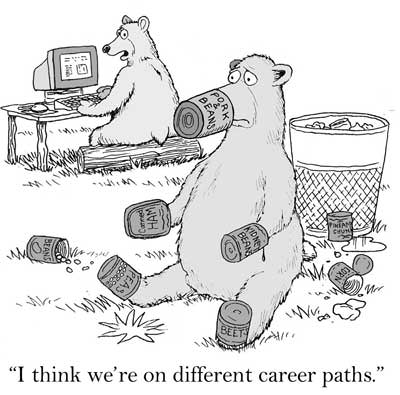