The true cost of hiring

“The average wrong hire costs an organisation 2.5 times the annual salary of the employee.”Chartered Institute of Personnel and Development

The Economist recently noted that unsuccessful hiring is “the single biggest problem in business today”. 46% of new hires will fail within 18 months according to a survey by Leadership IQ, and the hiring success rate for managers and above is only 50%. The cost of these failures is however far larger than their compensation alone. 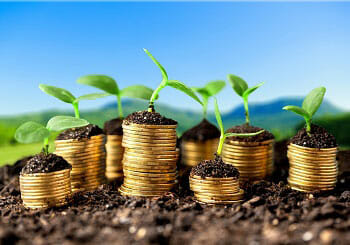 The direct costs include salary, bonuses and benefits, fees to search consultant and any severance pay. There may also be fees in relation to background and reference checking, relocation and legal fees, and salary of an interim consultant. In addition, many of the above fees will be repeated a second time when a permanent replacement is found. The indirect cost could, however, be far greater.

Opportunities lost
As noted below, the difference in performance between an average and a top performer is significant, and larger still if the failed employee was, as is likely, below average. The disruption caused to both team and clients will result in further loss of opportunity and market share.

Leadership productivity
The average executive search process takes around 4 months, and the time and energy wasted will inevitably lead to a loss of productivity, as will the time spent integrating the failed employee.

Team performance
Team performance and client relationship will inevitably suffer, as the period surrounding an executive’s departure is often chaotic. The impact on revenue can be significant, and the process will often create a more difficult integration period for the next hire.

Ripple effect
Organisations will often hire more junior team members for their compatibility with senior hires, which is inevitably lost when the executive leaves. The potential of a ill suited employee’s impact on colleagues can also not be underestimated. There is often a general decline in morale, productivity and employee goodwill, and hiring and firing can cause friction and loss of confidence amongst other employees, to the point where other departures follow on.

Aside from the cost of getting it wrong, there is also a significant upside to getting it right. McKinsey’s 2000 War For Talent survey found that the performance of top staff in sales roles was 67% higher than that of the average performers. Other surveys put this figure as high as 125% (Harvard Business Review, based on Investment Banking Associates). The majority of CEOs now cite the difficulty of finding qualified candidates as the biggest challenge of the current times, and retaining staff is as important, and often just as difficult, as attracting top talent. As a result, we are now seeing a shift from the traditional management framework towards what is termed ‘Human Capital centric organisations’ – firms which consider people their most important assets, rather than expenses, and who spend considerable time and energy developing their staff to act as a competitive advantage to the firm.

The importance of a sound hiring strategy

Many firms have responded to the current economic climate by attempting to cut down on recruitment costs, but this is a false economy. Attracting the top talent and the best fit for your organisation is arguably more important now than ever. The Harvard Business Review reported that as much as 80% of employee turnover is due to bad hiring decisions, and this begins with the initial process. A sound hiring strategy is in other words of paramount importance.

Developing a solid relationship with a recruiter who truly understands your organisation’s needs can save you considerable time and money in the long run. Many companies fall into the trap of operating large PSL’s with recruiters they have never met and on low rates. But if you are not willing to invest the time and energy in the relationship, why should they? Mandating an expert recruiter is still the best way to ensure you see the best candidates the market has to offer.