The psychological contract – ignore it at your peril

The thing I have always enjoyed most about being in recruitment is meeting people. Recruiters are so privileged in this sense, as you meet such a wide variety of people, from successful family offices with their global outlooks and fascinating origins to the recent graduate, who brings a new perspective to the business world. I’ve always found each and every one of these meetings a learning opportunity – even when I haven’t quite gelled with an individual.

Recently, I had a really enjoyable meeting (I hope the client felt the same) with a very interesting HR professional and, amongst other things, we discussed “The Psychological Contract”.

We came onto the topic, as we were discussing the value of a good induction (if you want more on this, please visit our article on inducting new staff) . I said, in my opinion, and from my 17 years experience of being a professional interviewer, I feel the two reasons hires often don’t work out, or employees leave a firm within the first six months of their employment, is because either they haven’t settled, and therefore there arguably hasn’t been a good induction process, or that the role “hasn’t lived up to expectations”. Candidates will often talk about being “ mis-sold the role”, although this isn’t a term I like, as I have never met anyone who has deliberately hoodwinked someone. Over-enthusiastic, yes, but deliberately mis-leading, no.

Anyway, my client then introduced the concept of “The Psychological Contract”. I’m unashamed to admit it, but in my 17 years of recruitment nobody had alerted me to this concept before. Indeed, if they have, then they didn’t explain it so well. So what is it? and why is it so important to understand it?

From what I have read, there are many constituent parts of the contract, from management expectations to the employee’s perception of how well they are being treated. Of course, we all know the benefits of having an engaged and motivated workforce, but employers often fail to calculate the cost of a role not meeting a candidate’s expectations, or indeed in the worst case scenario leaving a business not long after starting. 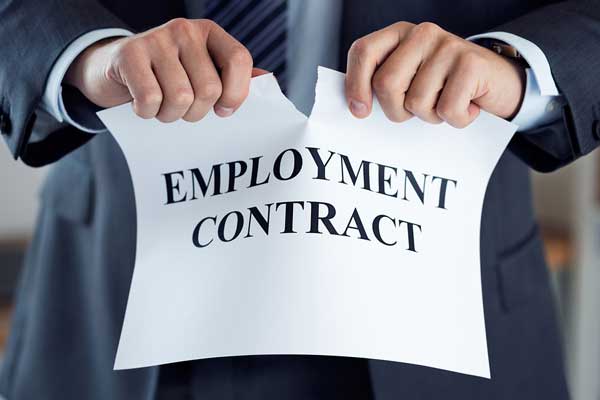 We feel one of the most interesting statistics on this is that the wrong hire costs and organisation 2.5 times the annual salary of the employee, according to the Chartered Institute of Personnel and Development. So it’s this part of “The Psychological Contract” we’d like to briefly focus on, and to outline how we see a breakdown of this manifesting itself.

The most noticeable thing I see is that employees hold back and don’t fully commit. For example in a sales role, the appointee will be reluctant to introduce their new firm to clients. Their view is “what’s the point if I’m not going to be here in a year’s time” or “I’m not sure I trust the firm, or believe in their business model”. Given that people are often hired for their expertise and network, this can result in a hire failing – it becomes almost self-fulfilling. If the hire doesn’t fail, then they will at best get off to a slow and costly start.

The second thing is that the relationship with the person who hired them will never be one of trust, and they will always be sceptical of what they are being told. The slightest deviation from a perceived promise, will be magnified. There are many variations, but the worst case scenario is that the firm loses a talented individual having incurred significant financial cost, and having invested time into the hire.

The best advice we can give interviewers is to give a warts and all account of the business and the role. That way everyone’s expectations are aligned. I have heard tales where individuals have been told “if I told you quite how bad it was, you wouldn’t have joined!”, and I have been told this with a bit of pride when the individual has turned things around. However, I’m sure the person would have joined anyway, even if they knew all the facts. Some people love, and I mean love, a challenge. Others like to see themselves as a bit of a potential saviour and enjoy the associated glory.

Regardless, by sharing the potential pitfalls you will find the right person for the job, or through the interview process a potential solution to the problem.