To celebrate International Women’s Day 2018, we asked the women in the office to write an article each. This was the contribution from Beate Oera, our Operations Director. To read the other entries, please follow the links below: 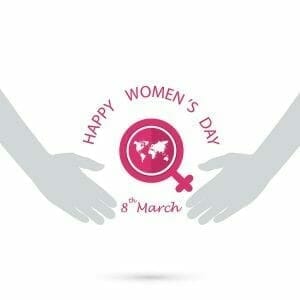 A great deal of work has been done around diversity in recent years, and the financial services industry is at the forefront of the change.

The gender equality review by Lord Davies achieved its 25 per cent target for women on FTSE 100 boards by 2015, and has set a further target of 33% female boards in FTSE 350 firms by 2020. Meanwhile, the HM Treasury’s Women in Finance Charter announced a further 26 signatories in Nov 17, with 600,000 employees now covered. Signatories commit to voluntary targets, and since the Charter launched, 120 financial services firms have committed to have at least 30% women in senior roles by 2021 and of those, over 40 firms have committed to a 50/50 gender split in senior roles. Amongst these are some of the industry’s leading names.

These are all great developments, and we are seeing an increased awareness of the benefits of diversity in the industry, with many clients actively seeking to increase the diversity in their teams.

However, there is still a long way to go. Financial services has the largest gender pay gap in the UK, with women on average paid 34% less than their male counterparts, according to PwC’s Women in Work Index. The Ghadia report (the Women in Finance Charter was launched in response), found that women only make up 14% of Executive Committees. However, when delving into these stats, it becomes clear that the majority of women on ExCos are in support functions. Female CEO’s only number 6%.

The Case for Diversity

Jayne-Anne Ghadia, CEO of Virgin Money, who led the Ghadia review, highlighted the cost of reduced productivity and returns in her comments, and with good reason.

Diversity brings a greater range of opinions, ideas and approaches. It increases creativity and debate, and thus allows firms to develop and grow from a broader, more solid base. This will in turn be reflected in their product offering and service levels. And, ultimately, in their profits.

McKinsey Global Institute’s research from 2014 found a clear correlation between diversity and profitability. Companies in the top quartile for gender diversity on their executive teams were 15 percent more likely to experience above-average profitability than companies in the fourth quartile. In the expanded data set produced in 2017, the figure had risen to 21%.

McKinsey found that $12 trillion could be added to global GDP by 2025 by advancing women’s equality. That is a compelling number.

There is also the question of reputation. PwC says a lack of diversity in banks, insurance and asset management firms could become a focus for public disillusionment, much like high executive pay following the financial crisis.

Aside from the benefits reaped by diversity within a firm, there is also the question of the potential for expanding client banks and AUM.

In the US, a survey by Boston Consulting Group found that women identified the financial services industry as the one they are most dissatisfied with, both on a service and product level. The women surveyed reported that they had experienced disrespect, condescending attitudes and poor advice, and felt that their gender was a key factor. According to the Federal Reserve, women control 51.3% of wealth in the US, and so there is a considerable client pool (and investable wealth) the industry is failing to engage with.

In the UK, 46% of millionaires are women, and women now represent the largest market opportunity in the world. In fact, female consumer purchasing power exceeds the GDP of India and China combined (Forbes 2013). Women are becoming significant wealth creators, and it is expected that women will control 75% of global household spending by 2028.

It doesn’t follow that gender parity amongst financial services professionals will make the industry more appealing to female clients, as BCG’s research showed that the dissatisfaction stems mainly from the offering and the service levels and attitude they are met with, not the gender of the advisors. However, there is no doubt that this is an enormous untapped client pool.

Women view wealth differently than men, being less focused on accumulation, in favour of caring for their families and ensuring security. A single marketing and sales strategy to fit all will not work. The industry needs to gain a better understanding of how to appeal to female clients and address their concerns, and more women in finance can only help with this. 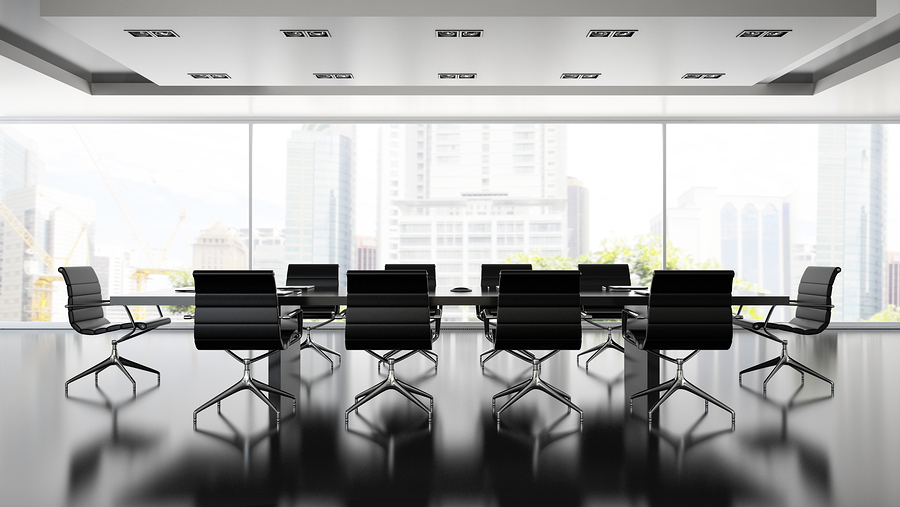 Jayne-Anne Ghadia said that she was initially reluctant to take on the review, but was shocked by the findings.

“Women made up only 14 per cent of senior positions in our financial services sector and, when we delved into the reason why, the response was overwhelming. Culture,” Ghadia said.

“I was horrified to find that, so many years after the financial crisis, culture is still an issue in financial services and that it is holding back half of the potential workforce and reducing productivity and returns as a consequence.”

This manifests itself in many ways, for example the belief that women are more likely to leave a job, due to getting married and having children. In reality, men leave jobs at a much higher rate than women.

“Culture is critical,” she said. “What’s offered on paper and what happens in the day-to-day can be two different things…Cultures that are more diverse and inclusive lead to bottom-line results.”

Role models are hugely important in this respect, as people see their own reflection in their leaders. This is why the make up of ExCos is so important, as all humans are inspired and motivated by successful people they can identify with.

It is also important to note that culture and discrimination is not the same thing. Whilst the former might be disappearing, culture is deeply embedded, often subconscious, and something we need to throw a light on in order honestly evaluate and assess our attitudes.

There is no doubt that having children and the challenges of juggling work and home life is big part of the equation. Women’s careers often stagnate or decline following motherhood.

‘The motherhood penalty’ is one of the key areas for employers to address.

Mothers arguably meet with more assumptions and bias than other female employees; the belief that they are happy to put their career on the back burner, that it is acceptable to give them lesser projects, questioning their commitment because they also juggle other commitments, or overlooking them for promotion because the role has never been done with a flexible model before.

Flexibility is indeed the key word for mothers. Employers need to explore the options around opening up more roles as quality part-time jobs, in particular senior roles. A great deal of talent is lost because traditional thinking around work dictates that a job cannot be done successfully unless it is full time.

However, in order to achieve gender equality in the workplace, we need to consider working fathers as well.

The Modern Family Index report for 2017 showed that one-fifth of fathers said their employers were unsympathetic about childcare, and expected no disruption to work, and men were twice as likely as women to think that flexible working would have a negative impact on their career.

Attitudes around parenting are changing, with men becoming more involved. Parity in the workplace needs to be mirrored at home, and employers must do their bit to enable this for fathers as well as for mothers. 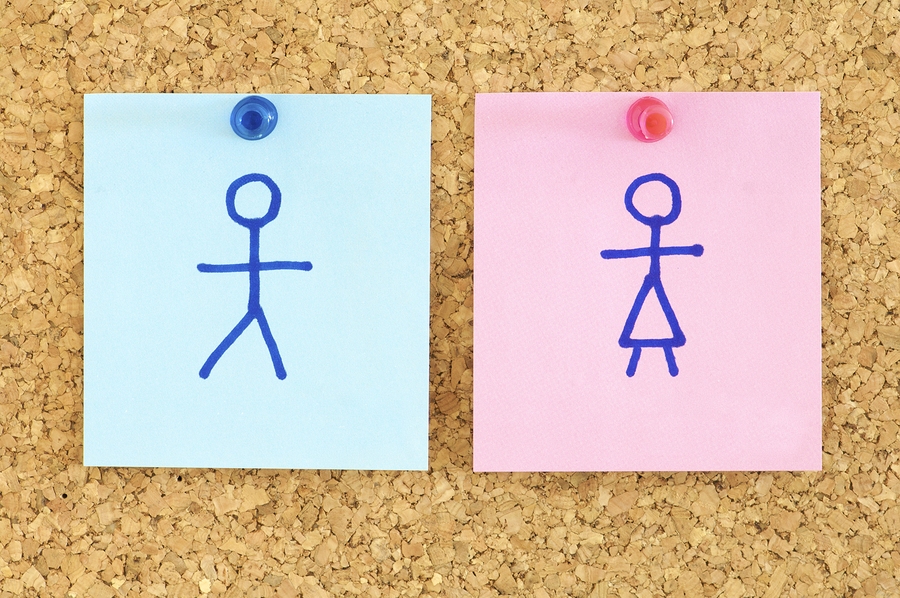 It can be misleading to look at the pay inequality stats, since they don’t always take into account how outnumbered women are in the industry, particularly in top level jobs, as the Ghadia report shows. The sum total earned by men thus will be much higher than that by women.

The more important questions are around the pay comparison for men and women who do the same job, progression opportunities and the question of how we can ensure more women move into senior roles.

It is illegal to pay two people different sums for doing the exact same job, of course, though there will still be hidden bias here. For example, differences in discretionary bonuses, and the basis on which these are calculated, promotion opportunities, or bias in how different work is valued. The recent case of Carrie Gracie at the BBC is a case in point.

To quota or not to quota?

Yes, we know that was grammatically incorrect, but the issue of quotas produces strong opinions, and is as binary and sometimes as consuming as Hamlet’s existential angst.

Diversity starts in the boardrooms, which set the tone for a company’s culture and strategy, and not all are that committed to real change, despite the demonstrable benefits. Quotas for women on boards have been adopted in countries including Norway, France, Belgium, the Netherlands and Germany, and whilst it is a very blunt instrument, it is also undeniably effective in bringing about change quickly.

However, quotas do not necessarily bring about cultural change, where diversity is encouraged, valued and understood to bring positive results, which is the ultimate goal. Indeed, critics would argue that quotas can undermine the change they promote, as they can become a box-ticking exercise, and they potentially leave women exposed to criticism and resentment. Women will be more likely to face the attitude that they only got the job because of their gender, and might well end up having to fight even harder to gain recognition.

The Ghadia report identified three main recommendations, based on targets, rather than quotas:

1. Firms should set their own internal targets and publicly report on the progress
2. There needs to be an Executive accountable for improving gender diversity
3. Executive bonuses need to explicitly tied to achieving the internal targets

The gender equality review by Lord Davies achieved its 25 per cent target for women on FTSE 100 boards by 2015. The target was voluntary, though only achieved with the help of ministerial threats of compulsion. Our feeling is that targets work better than quotas, though that option will always remain should other methods fail.

There is no doubt that there is a sea change happening. More and more firms are committing to change and implementing diversity strategies, and with reporting becoming mandatory, there is increased pressure on firms to take action. There are both financial and cultural imperatives in play, and diversity is beginning to become a reputational risk for firms.

Gender is not the only form of diversity either. We need to make sure that we recognise, encourage and develop all talent. This is something we need to actively do, and firms will draw a great deal of benefit from thinking strategically around how to best achieve this.

Since money tends to the bottom line for most firms, it is a good idea to educate management teams on the financial benefits of diversity. It isn’t the most important argument, but it is the one most likely to win the day.