Bonus season is over for another year

Thankfully bonus season only comes once a year. Many focus their entire year’s efforts on securing a good bonus and after a number of disappointing years expectations have grown in the last couple of years that finally this year may be better. I must admit that the discretionary nature of many firms’ bonus schemes doesn’t help the situation. Regardless of what industry you are in, its’ fair to say that pay always get a lot of attention. However, apart from footballers, no other industry’s employees are the subject of more focus than City workers. The press is interested in City bonuses, for non-City workers it is fascinating/unbelievable, for City workers their bonus is a way of comparing themselves to peers, and historically bonuses have made up a large part of overall pay. When we interview people pay may not be the number one reason they are looking for a new role, but it’s always in the top two reasons. Are City workers overpaid for what they do? Are they overpaid when compared with similar roles in other industries? Or are they paid well for competing in a global market, where capital and intellectual capability is very mobile? It’s a complicated subject and probably another article in the making.

When recruiters discuss bonuses there should be some caveats thrown in: many are experts in a very narrow area of financial services i.e. the roles they recruit for, they don’t meet every job seeker, they don’t work with every employer, and unless a very large survey has been conducted it is hard to give very specific information. Therefore, any comments made are often generalisations, but most recruiters certainly know enough to give a very, very good insight into salaries and bonuses.

According a Financial Times report in 2014 conducted by two the nation’s foremost Labour market economists, Professors Brian Bell and Stephen Machin, the average London financial services salary was about £102,00 (including bonuses). Here at Fram, we believe that basic salaries in wealth and asset management have generally been flat for the last 12 months. We feel there is likely to be some growth in basic salaries in 2015, as recruitment activity has increased and job seeker confidence has improved, but it is unlikely to be significant. Indeed, in Mercer’s 2014 Global Financial Services Pay Survey they forecast that pay rises in 2015 within Private Banking will be just over 2%, and just over 2.5% in asset management. One major driver of keeping salaries lower is the increase in the cost base of most firms. This leaves them with the dilemma of charging their clients more, or paying their staff less – with the latter being the most palatable option. 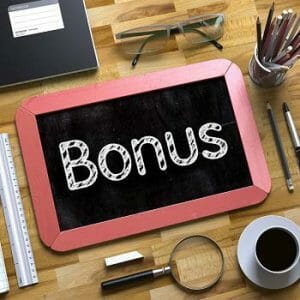 With regard to bonuses, all evidence we have is that they have been slightly better this year. In private banking they are up modestly, employed financial planners are again slightly better off, investment management firms have paid out more where their staff are paid on a formula, and they are also up in hedge funds.